I have four general criteria for evaluating student writing, each of w 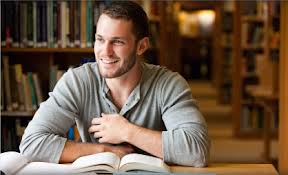 Clarity. Does the author organize the paper well, or does the paper wander illogically? How is the author’s grammar, word choice, syntax, spelling, punctuation, and transitions between paragraphs and sentences? Would a naïve reader be able to understand the author’s points?

I also evaluate student writing in terms of more specific criteria, and when I hand back a graded draft there are detailed comments in the margins relating to content, as well as an evaluation sheet stapled to the back of the draft. This evaluation sheet points to the various problem areas in your writing, and also explains the shorthand notations that I’ve made in the margins of your paper to indicate these common problems. What follows are slightly more detailed explanations of these shorthand notations, in alphabetical order.

arg?
You’re making a claim here, but you haven’t given me enough reason(s) to believe your claim is true. You need to make a strong, sound philosophical argument, with (a) true premise(s) and a conclusion that follows!

awk
Often this is a cumbersome sentence that’s a real bear to read. Usually this can be fixed by taking long sentences and breaking them into two (or in especially severe cases, three) complete sentences. Sometimes this signifies an awkwardly-expressed phrase, due to poor syntax and/or word choice.

blk
This direct quotation is four lines or longer. It’s standard practice to “block” quotations of this length by indenting the entire quote. Blocked quotes do not use quotation marks.

caps?
Are you sure you’re following the standard rules for capitalization here?

cite?
You’re clearly quoting or paraphrasing a text, but not citing it. Whenever in doubt, always cite! Follow whichever citation format (modern or classical) is recommended in your paper assignment.

clarify
The idea is to translate the ideas in your head onto the page so anyone who reads it can understand them; your reader can’t read your mind.  Untangle your thoughts and make your points clearly and completely on the page, leaving nothing to chance.  Your reader should never have to guess at what you mean.

cs
What you have here is two separate sentences linked only by a comma; this is called a comma splice. Be careful of how you use commas!

ev?
You’re expressing an opinion or making a point here, but it’s not at all clear why anyone should believe it. Can you make a sound argument or present credible evidence that will convince your readers of the truth of your claim?

frg
This is only part of a sentence–a sentence fragment. A sentence must contain at least one full independent clause. A full independent clause has both a subject and a verb. A sentence fragment is missing one or the other. A fragment is repaired by either pulling it into a nearby sentence or by turning it into a sentence. How would you fix the following fragment? “Socrates walked through the marketplace. Listening hard for snatches of philosophical conversation.” Again, use commas properly!

how does this follow?
You’re making an attempt at an argument here, but I don’t see how this follows from what you’ve just said. Can you draw a clearer connection between this statement and (a) preceding statement(s) that seek(s) to justify it?

huh? read aloud!
I’ve just read this, and I simply can’t make any sense of it. Read it to yourself–do you understand it? Why not translate this into prose understandable to the average reader of English?

I
When I put a capital letter “I” above a word that I’ve underlined, it means you should italicize it.

misplaced?
These usually refer to a sentence or paragraph that doesn’t seem to belong where you’ve placed it; its placement seems at odds with the overall organization of your paper. Isn’t there another spot where it logically belongs?

org?
A more severe case of the misplaced paragraph or sentence. Several paragraphs are logically misplaced, testifying to a significant lack of organization in your paper. re-read your assignment and pay careful attention to the prompts. Take up these prompts in a logical and/or chronological order to give these parts of your paper more structural coherency.

org para?
Here the issue is one of organization within a paragraph. Do your thoughts and ideas flow one to the other in a smooth, logical fashion? Or do they jump around in a random and confusing way? Get your ideas in order here!

outline
Your paper suffers from an overall lack of organization that makes in almost impossible to follow. If you have an outline, follow it! If you don’t have an outline, write one! Oftentimes a meeting with the instructor can help get you started on this. Then re-organize your paragraphs using this outline as a guide.

probe more deeply
As an overall assessment of your paper this annotation asks you to delve more deeply into your topic. This suggests that you only superficially understand the philosopher or philosophy that you’re writing about, and/or you’re applying the philosopher or philosophy to your topic in a superficial manner. Oftentimes a meeting with the instructor before you start your next draft can provide you with fruitful guidance.

punch it up!
Your conclusion is boring, repetitive, tedious, blah. Go back and rework it so it is strong, innovative, forceful, and above all, memorable!

qt rel to pt?
You’re quoting a text here, but it’s not clear how it’s relevant to the point you’re making. Are you quoting the text just for the sake of quoting it, or does the quote actually serve to illustrate your point or support your argument? If the quote isn’t relevant, cut it; if it is relevant, explain to your reader how it is relevant.

rdn
You’re either needlessly repeating the same point using different words, or engaging in redundant expression (e.g., “At the start Socrates first in the beginning walked to the marketplace”). Stop it! Say it once, say it well, and say it in the right place.

rephrase
Your meaning here is not clear. Make your points clearly and completely on the page, leaving nothing out and nothing to chance. Your reader should never have to guess about the meaning of what you have written.

really? see text
You’ve just said something about a text that seems unsupportable by the text itself. Either insert a direct quotation that supports your claim, or delete the claim altogether.

rel?  rel to topic? rel to asmnt? rel to pt?
You’re digressing. How is what you’re saying here relevant to the point being made, or even relevant to the topic of the paper or assignment or point? If it’s not relevant, cut it. If it is relevant, explain its relevance to your reader.

sp
This word is spelled wrong. Always check your spelling, both with spell-check and visually.

sppt?
The claim you’re making here would be greatly strengthened if you supported it with a relevant quotation from (or a paraphrase of) the text.

trns?
You’re lacking a good transition that signals a shift in the development of an idea or argument between sentences or paragraphs. Smooth this shift out so your reader can more easily follow the logical development of your idea/argument.

wc
Here you’ve chosen a word that doesn’t mean what you think it means. Look it up in a  dictionary so you know what the word means for future reference, then pick another word that confers what you really mean to say . This notation followed by a question mark (wc?) means that the word indicated is not the best word you could’ve chosen and suggests you should consider another word that better conveys your meaning–but it will do if you can’t come up with something better.

wdy
Similar to awkward phrasing (awk), but the problem here is that you’re using more words than necessary to get your point across. Often (but not always) a problem with students who have big vocabularies. The point is to clarify, not confuse. Write short, powerful sentences that get your point across cleanly. Be concise and efficient in the expression of your ideas.

why?  what?  when?  where?  who?  which?  how?  how so?  such as?  specifics?  details? explain  define  translate  elaborate!  follow through! describe!
You could (and should!) say much more here–be detailed!  Answer the questions fully, fill in the blanks, be specific!

?
This notation is usually placed above a pronoun (e.g., he, she, it) with an ambiguous relationship to its antecedent (a noun, noun phrase, or previously-mentioned pronoun that the pronoun replaces). A pronoun should always refer to a clear and definite antecedent. For example, in this sentence (“Socrates tells Euthyphro that he doesn’t know what piety is.”), who does the pronoun “he” refer to, Socrates or Euthyphro? Avoid writing sentences like this.

???
You’ve just contradicted a claim that you’ve made in another part of the paper. You need to decide which of these contradictory claims is false and then delete it, or take other steps to reconcile this apparent contradiction.

If you still have questions after reading this, my annotations on your draft and the evaluation sheet, just email me and we can set up an appointment. We’ll talk about the philosophical content of your paper, and decide if you would benefit by additional assistance with your writing.