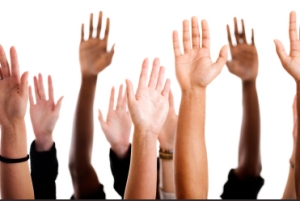 Perhaps more than in any other academic discipline, students of philosophy can benefit immeasurably by talking about the subject matter. One reason for this is that since the days of Plato, rational conversation is how philosophy is done. Another reason is that unlike other subjects like chemistry or mathematics, philosophy is not a static body of knowledge that can just be “handed over” to you. Things are more unsettled, more “up in the air” in philosophy, because the questions explored by philosophy are the most important and difficult questions that can be asked. This means that you have to “do” philosophy to get good at it—through participation and practice. Philosophy is not a passive enterprise. It is a human activity. And the chief form that philosophical activity takes is dialogue.

However, discussing philosophy well requires certain things. First and foremost, students must read the text carefully and attend class faithfully. One can’t talk intelligibly about what one hasn’t read, and one can’t talk at all about this material (for credit, anyhow) if one doesn’t attend class. And of course, once one has actually done the reading and come to class, one has to actually talk.

Some students have complained that in demanding that they actually share their thoughts and questions with the class, I am in effect “penalizing personalities.” The complaint is that in grading classroom participation, shy students are at a disadvantage in my classes. I used to be somewhat sympathetic to this objection at one time, having once been a shy boy myself. But over time I’ve become less sympathetic, for three reasons.

First, people talk in real life. In fact, when one thinks about it, we spend most of our lives talking to other people. In the future, students will need to do job interviews and things like professional presentations. We can’t always write our way through life. So presenting and defending one’s opinions in class is good preparation for the future. The first time a student makes a substantial contribution in class they earn 60 participation points, and then are awarded 2 points for every class in which they make a substantial contribution.

Second, students in my classes generally have the opportunity to participate on-line, by posting questions and comments to a course discussion board. Though participating exclusively on-line won’t totally offset one’s refusal to talk in class, it will allow a recalcitrant student to earn some participation credit. I award 50 points for the first substantial post, and 1 point for every substantial post thereafter.

(Of course, students can both talk in class and post on-line.)

Finally, as I’ve already mentioned, the chief form of philosophical activity is dialogue, so grading students for participation is entirely legitimate in a philosophy class.

Given that participation in discussion is a fixture of most of my classes, students would do well to read carefully, come to class, ask questions, and talk about their understanding of the text—in other words, do philosophy. When participating in philosophical discourse, it’s important to show courtesy. This means that one should turn off cell phones or pagers, refrain from talking over other people, sleeping in class, filling out your grocery list, or doing homework or reading for another class. Watch your tone—both in class and on-line. Listen to everyone’s ideas, even if you don’t agree with them. Try to understand what everyone is saying on all sides of an issue.

As long as we’re talking, we might as well listen. We might learn something. And that’s the point, isn’t it?